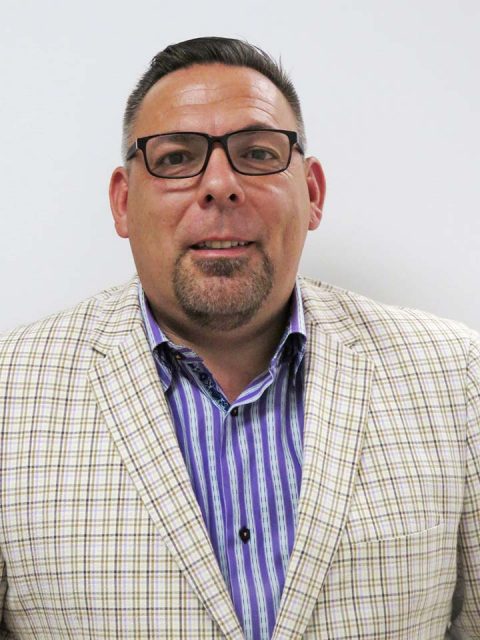 Victor Buono is a successful entrepreneur and visionary whose compassionate, genuine nature has touched the lives of countless individuals throughout his lifetime. Victor is the Co-Founder of Saltus LLC, the leading construction monitoring services and documentation company in Manhattan, NY. He has served as the company’s Executive Director and Managing Partner since its inception in 2008. A proud member of Construction & General Building Laborers Local 79 for over three decades and longtime member of Free and Accepted Masons, Victor believes in honorable work ethics and in those who stand beside him as colleagues and employees.

Victor began his professional career on a different path, however. But it was a path that instilled in him a deep sense of compassion and understanding of others. In 1995, Victor graduated from American Academy McAllister Institute of Funeral Services, and became a licensed Funeral Director. In 1996, in order to further help loved ones of the deceased, Victor became a certified Grief Counselor. He worked as a Funeral Director in New York City for eleven years, helping families and friends of those who had passed away through the worst times of their lives. He often kept in touch long after the burial to make sure they were alright.

Since childhood, Victor has been passionate about building structures. At the age of nineteen, he joined Staten Island’s Local 51, which eventually became Local 79 in the 1990s as the unions of the boroughs converged. After the death of his brother in 2003, Victor decided it was time to once again pursue his interests in construction. He was inspired with an idea to create a construction monitoring company that would oversee projects as large as New York City Skyscrapers or as small as a single family row home.
Victor saw the need to create a trustworthy company that would ensure that buildings were constructed properly without corners being cut or lives being endangered due to poor quality or work ethics. By March of 2008, Saltus LLC was born, a company that is now at the forefront of the industry.

His work with Soaring Spirits International began after the death of his beloved wife, who passed away in August 2015, after a long and difficult battle with brain cancer. Knowing the importance of having a network of support, Victor attended Soaring Spirits Regional Group gatherings, where he found comfort and strength. He also traveled to take part in yearly Soaring Spirits International conferences, Camp Widow Tampa and Camp Widow Toronto. Feeling compelled to do more for the widowed community and pay forward the relief and healing he had found, Victor offered help wherever he could.

In 2017, because of his longstanding relationship with Investor’s Bank as an entrepreneur and philanthropist, Victor was asked to become an Investor’s Bank Advisory Board Member for New York and North Jersey, a position which further enables Victor to lead by example.

In his downtime, Victor enjoys indulging in his love for older model cars as he owns two antique convertible Mercedes. He also loves animals and spends time with his loyal dogs in the open, green fields of his farm, caring for his horses, alpacas, and chicken. Victor is also drawn to the peace and quiet of the ocean and finds great joy taking his boat out onto the open water, where he rides his wave runner or gazes onto the horizon, allowing the salty air to refresh his spirit.

Victor’s many accomplishments, passion for finding solutions, and helping where there is need has been very rewarding for him over the years, but he knows there is still much to do. He has many projects underway in the areas of fire suppression and cutting-edge technology to help support the construction industry. Victor’s quest to help the widowed community is always a priority as he continues to work for the cause so that those who feel alone find support and those who are grieving find solace.