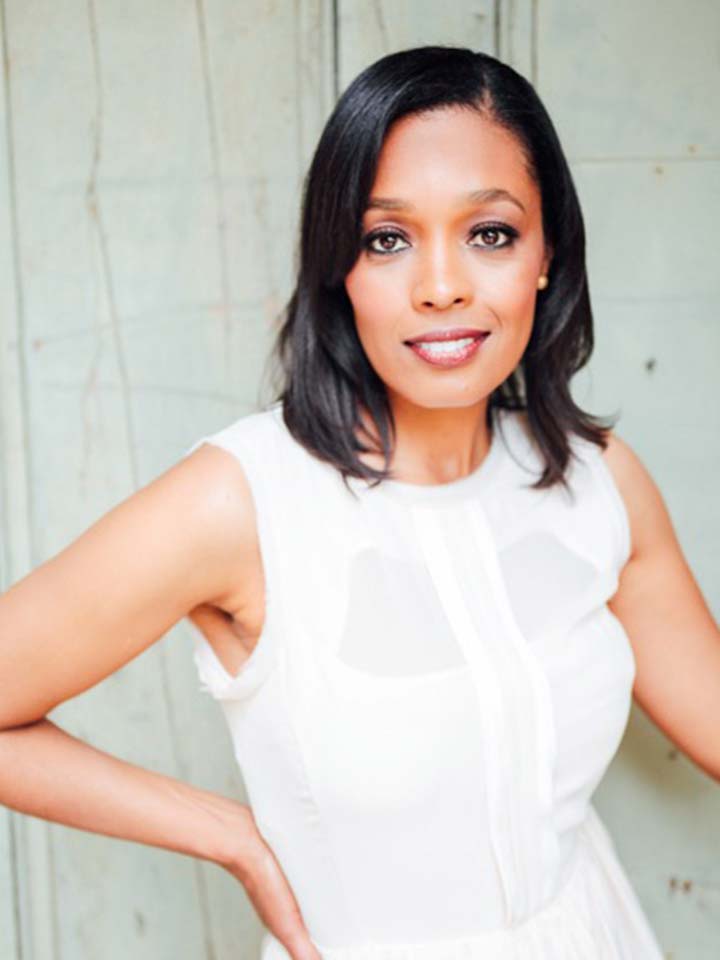 Tembi Locke is an accomplished Hollywood actress and advocate. Best known for her appearances in over 50 television shows and films, Tembi is an on screen veteran known for work as Dr. Grace Monroe on the beloved Syfy series, Eureka. She has also appeared on Friends, The Mentalist, Bones, CSI, and The Fresh Prince of BelAir. She has had memorable roles on Castle, NCIS, Crazy Ex Girlfriend as well as playing opposite Jim Carrey in the outlandish comedy Dumb and Dumber To. Currently, she recurs on the critically acclaimed new series The Magicians based on The New York Times best selling books by Lev Grossman.

Yet behind the scenes of this steady career, for ten years, Tembi navigated the most challenging roles of her life, that of primary family caregiver.

Back in 2002, Tembi was TV actress and wife to an Italian-born chef. At the time, she thought the most dramatic event of her adult life might just be exchanging vows on the terrace of a villa in Tuscany. Life with her chef was charmed – la dolce vita. Yet that would all suddenly change. Within a month of signing on to a new TV project, her husband was diagnosed with a rare soft tissue cancer. Her career suddenly took a back seat. She would learn to be family caregiver and that role would take primacy for the next decade of her life. It was a journey that would set her on a path more dramatic than any script. Ultimately, it would bring her to a calling she never imagined.

The years of caregiving taught her about patient advocacy, community building, lifting a life above illness. Most of all, it taught her resilience. After a decade in the trenches of critical care, her beloved husband passed away. She found herself a young widow and mom starting over from scratch.

In the wake of deep personal loss, Tembi began the journey back to a new life. She used her professional and artistic know-how to create an internationally recognized personal story and advocacy project, The Kitchen Widow. An online series and community platform, The Kitchen Widow uses the prism of food to spark conversation about what matters most. Tembi takes the experience of having been seated at a chef’s table to share delicious food and recipes that inspire resilience. The Kitchen Widow advocates for family caregivers, families facing loss, and community connection. It has partnered with the prominent nonprofits such Death Over Dinner and The Institute for Human Caring.

Her 2015 TEDx talk, What Forty Steps Taught Me About Love and Grief, is an illuminating and touching call-to-action to live more connected and intentional lives. It reminds us of the gifts embedded in our most challenging experiences.

In her recent talk for the Women’s Wellness Conference, Finding Your Way Back to The New You, Tembi shares what it means to rebuild a life after loss. It is funny, honest and revelatory as she shares what’s on every young widow’s mind but what they won’t tell you. At the end of 2015, she gave a talk benefitting The Library Foundation of Los

Angeles called The Good Grief Garden. It is a powerful a call-to-action inspiring LA to use urban gardens to address food instability AND heal grief.

Fluent in Italian, Tembi is a graduate of Wesleyan University and a dual Italian citizen. She is an avid cook, artist and dedicated home gardner. She recently completed her certificate in Creative Writing from UCLA and is at work on her first book, The Kitchen Widow. It is a collection of essays and recipes centered on the personal stories we bring to the table and how they co-mingle with delicious food to make organic, meaningful and inspired memories. When not working, she can be found on the summer beaches of Sicily enjoying gelato with her beloved daughter.

“In a quiet way, you can shake the world.”
– Gandhi